Some pics from recent reading events 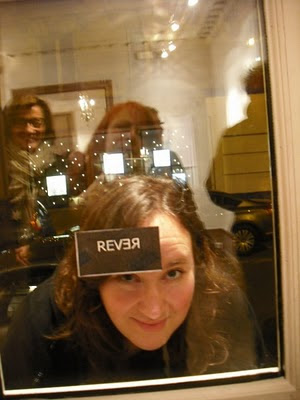 Here (below) Anne Kawala and I are reading the originals and the translations by Christophe Marchand-Kiss (seen behind Anne) of some of the Orpheus-Eurydice poems (currently titled Be(twixt), but we will see). It was so touching for me to hear my work carried into French on this exciting level. Christophe is a very very talented translator as well as poet, and Anne really did the work--which is not easily read aloud--justice with her awesome reading! (what can I say, they spoiled me!) 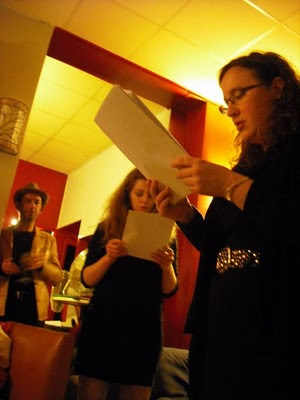 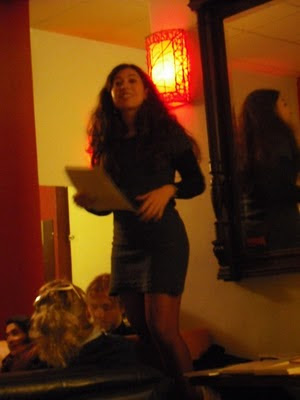 Here is a photo of Ritta Badoura standing on the bench at the bar Aux Chiffons 90 rue Marcadet, 75018 reading from her long, exciting text (she read an as-of-yet unpublished piece which left me glued to my seat! Having only seen her perform last summer at Lodève on one occasion, this opportunity not only to hear her again, but to read alongside her and then to meet over dinner and get to speak to her even more was thrilling--perhaps the beginning of a friendship? One can hope. Regardless, I advise everyone to go and check out her writings--she just signed a new book at the Salon du Livre last Sunday.)
In this image, Christophe-Marchand Kiss performs one of his own pieces for the pleasure of the audience--including, at the left, Ritta Baddoura and Jonathan Regier. 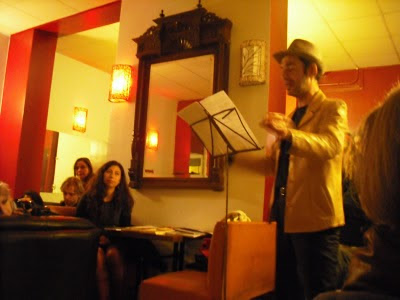 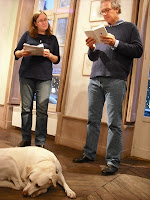 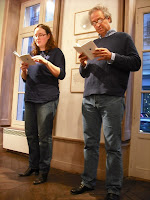 In these two pictures, Jacques de Longeville and I read some of my work in English and French, from a new series just translated and from Retina/Rétine. This said, we were there in honor of the book Ondulations, including a poem which parallels the style of writing in Retina. 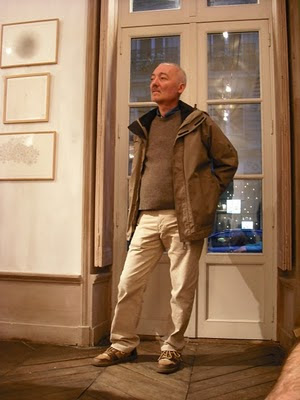 In this photo, Giorgio Fidone looks on as we all read selections from Ondulations and other works.
Here Susana Sulic reads/performs her text from Ondulations with her daughter--who is reading the French version. 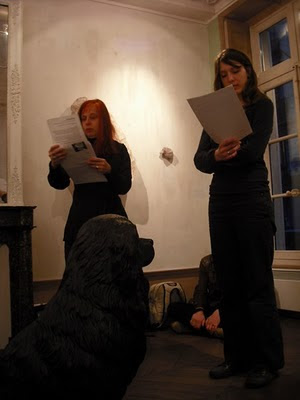 The pleasure of hearing the Argentinian Spanish, of giggling at the symbol readings--as Susana held up the images and pointed to them, at time accompanying them with a vocal version of a translation, at other times shrugging and pointing, thus indicating the difficulty of translating the symbol, of bringing the visual to sound.
Posted by Jennifer K Dick at 12:33 PM

Email ThisBlogThis!Share to TwitterShare to FacebookShare to Pinterest
Labels: Reading and Event Pics