I will be reading entirely new work from the manuscript That Which I Touch Has No Name, completed this June. In fact, I will be reading from the last section I finished while in Amsterdam just a few weeks ago--so will be testing the waters.

So I hope you can join me/us for this event!

Reader BIOS:
Avana Mathis is Assistant Professor of English and Creative Writing for the Iowa Writers' Workshop. The Twelve Tribes Of Hattie, her first novel, was a New York Times Bestseller, a 2013 New York Times Notable Book of the Year, an NPR Best Book of 2013 and was chosen by Oprah Winfrey as the second selection for Oprah’s Book Club 2.0.She has also been a frequent contributor for the N.Y. Times Book Review, the Financial Times, Esquire, and The Atlantic.

Michelle Huneven has published a nonfiction book, The Tao Gals Guide to Real Estate, and four novels. Her short fiction has been published in Harpers, Redbook, and Ms. magazine. She has taught at the Iowa Writers’ Workshop, Antioch College, and Bennington College, and is currently a lecturer at UCLA.
Nahid Rachlin’s publications include a memoir, Persian Girls; four novels, Jumping Over Fire, Foreigner, Married To A Stranger, The Heart’s Desire; and a collection of short stories, Veils. Her novella, Crowd of Sorrows, and individual short stories have appeared in more than fifty magazines. She has taught for Barnard College, Yale University and for various workshops in Europe such as the PWW and the Geneva Writers' Conference.

For more complete bios of all of the faculty of PWW,
see the PWW Master Class Faculty page:
https://pariswritersworkshop.org/events/faculty/
Posted by Jennifer K Dick at 1:00 AM No comments: 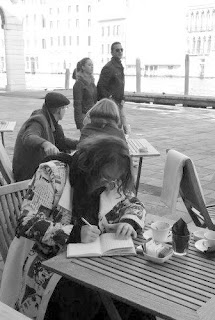 Course Description: “Which is skin, which flesh, which skeleton–form, content– is impossible to discern: They’re part of one body of motion.” So contends Marilyn Hacker in her article, “A Few Cranky Paragraphs on Form and Content.” As she notes, often contemporary poets fail to fully explore the extent to which various forms can enhance and enliven their message.  This course will test out the possibilities of form, from the bases of Hackeresque meters in English poetry in sonnets remaining loyal to the use of iambic pentameter to Troubadour forms such as the sestina as explored across the twentieth century to the ways form can be understood as loosely as visual placement of words on the page, in the line or in a prose poem paragraph. The attention will be on the progression of line to stanza to poem, from the point of writing to final revision, thus the outside of the body, that skin, to the inside, and how form stitches itself into the marrow, the deepest bone of what desires to be expressed in a poem. It is never what a poem says that makes it unforgettable, but how: and this week we will hone and sharpen our work via reading, writing and revision. This workshop should leave you with some tools you can build on when you return home.


As the PWW page announces:
"... the 28th edition of the Paris Writers’ Workshop (PWW), the longest-established English-language creative writing program in France. PWW 2016 will be held 26 June – 1 July. PWW is a special program of WICE, an anglophone organization in Paris promoting continuing education.

This year we have the distinct honor of conducting our classes at UNESCO Headquarters, in the heart of Paris. Auxiliary events will be held at a variety of historic Paris locations.
The workshop will open with a mandatory registration reception on Sunday, 26 June. On Monday morning, 27 June, our intensive master classes will begin.
Choose from four master classes taught by distinguished authors:

In addition to the morning master classes, the workshop will also include an expert panel, author readings and social events. We invite you to be a part of our international community. Come hone your writing skills with guidance from accomplished instructors. Surround yourself with other writers who are working to elevate their craft. Immerse yourself in Paris, the city that has inspired authors and creative minds for generations."

Click here to register for Paris Writers’ Workshop 2016.
http://www.pariswritersworkshop.org
Posted by Jennifer K Dick at 6:51 AM No comments: 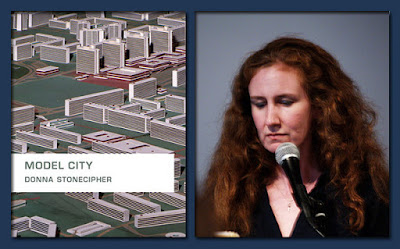 So excited to see my book review of DONNA STONECIPHER'S fabulous book MODEL CITY (called "The Urban Interior-Exterior Ideal")  up and available for perusal. And I am also very thankful for the edits and close readings of Kenna over at Jacket2, who helped get this polished like a shiny little stone!!! Enjoy! https://jacket2.org/reviews/urban-interior-exterior-ideal

FYI: Future book reviews are cookin' in the pan, so keep your eyes peeled for announcements as they arrive on your screens--perhaps next fall.
Posted by Jennifer K Dick at 5:06 PM No comments: