I (Jennifer K Dick), Susana Sulic and Jacques de Longeville will be celebrating the art show by Giorgio Fidone with a trilingual reading and performance night Saturday the 28th of September AT 19H30 at the MEDIATHEQUE Marguerite Audoux 10 rue Portefoin Paris 3ème. We made the art book ONDULATIONS together a few years ago on the kind invitation of Giorgio and this will be a fun reunion event. We hope you will be able to join us. 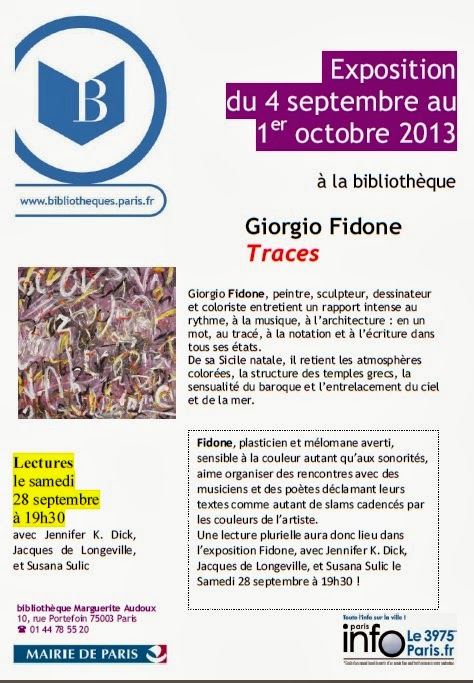 Posted by Jennifer K Dick at 4:19 PM No comments: 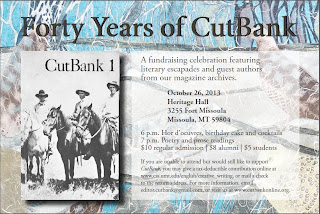 ARTICLE ONLINE:
If you have not yet and you would like to read the FREE PDF of the online magazine Seventeen Seconds: A Journal of Poetry and Poetics, Ottawa, Canada, issue 7, June 2013, with my essay on Susan Howe (pp7-24): the PDF link is HERE: http://www.ottawater.com/seventeenseconds/pdfs/seventhissue.pdf
Posted by Jennifer K Dick at 8:26 AM No comments: