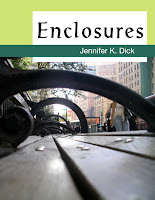 L'ANTHOLOGIE PERMANENTE: What’s more, Florence runs a daily “Anthologie Permanente” where she posts daily a few poems by an author of her choice. This is where my poems appeared. She said that at first she tried to have one woman, one man rotations, but this has fluctuated over time. However, this attention to gender-equality in publishing, her commitment not only to poetry, but to poetry of all genres, from whatever groups, subgroups, in various styles, from various publishing houses or even nationalities (though translated into French) is needed as we move into the 21st century where so many possibles are possible! Evidently, she is restricted visually by what the website can do with line and space breaks, but she reads widely and does her best to showcase a little over everything every year.
Sign up: if you are interested in receiving her "Anthologie" daily in your email box (f.trocme@poezibao.com)—a nice morning pick-up, starting each day with a different poet’s poems! // Sur simple demande à f.trocme@poezibao.com, recevez chaque jour l'anthologie permanente dans votre boîte aux lettres électronique
Posted by Jennifer K Dick at 4:29 AM 1 comment: