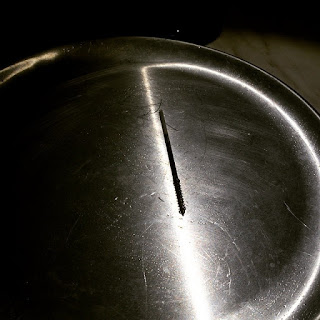 AMANDA DEUTCH is the author of five chapbooks most recently, Pull Yourself Together (Dancing Girl Press), the collaborative, Fit to Print (Harsimus Press) and Half Moon Hotel (Propolis Press, 2016) as well as the collaborative manuscript Orphery with Jennifer K Dick. Deutch’s poetry has been published widely in literary journals in the U.S. and abroad. Poems and essays appear in The Rumpus, Revolver, Bone Bouquet, Delirious Hem, Denver Quarterly, Ping Pong, Watchword Press and Barrow Street, as well as in the anthology Manifesting the Female Epic. A graduate of Bard College, she has been awarded grants and fellowships from the Brooklyn Arts Council, Footpaths in the Azores and The Betsy Writer’s Room in Miami. Born and raised in Manhattan, she lives in Brooklyn where she curates Parachute Literary Arts.
Posted by Jennifer K Dick at 11:26 PM