WHAT IS YOUR FRAGMENT VII: Jennifer K Dick adds some thoughts 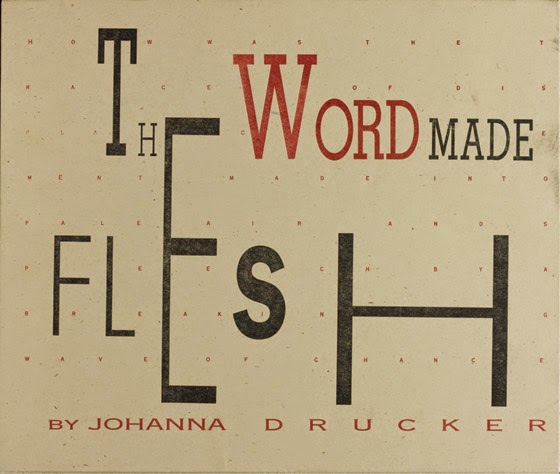 Fragments as notes scattered en route to knowing The Fragment:


“She was looking for the fragments of the dead Osiris, dead and scattered asunder, torn apart, and thrown in fragments over the wide world”—DH Lawrence
re-quoted by Susan Howe

The body of the work is sought. Lost or found. Underground or emerging. The fragment juts up. What is visible? What is the grounding providing that visible structure? What do we realize is necessary that we have never taken note of before. The reading of fragmented text invites new methodologies and reflections, new lyric considerations, performative and even semantic and linguistic reflection.

In the case of where this goes for some women authors, it is back to something that really only remains in part but where a whole was intended: Sappho’s fragments. In this case, the fragment as what is LEFT, retrieved, located/re-located. Pieces of a (missing) whole. What is the job/task of the reader faced with such remains?

Fragment vs Fragmentary—
Michel Gautier writing on Olivier Cadiot said “fragmentary writing has, first off, plurality as its principle and, second, brevity of its composing parts as a rule.”

I think of the use of FRAGMENTS in poetry as falling into 3 different categories, which do blur into and through each other— the fragment as:


3)     Interruption: (Space of opening over the white page)
I use all of these in my most recent manuscript Lilith: a novel in fragments. Here are some ways I have started to also think of these as a reader:

FRAGMENT N° 1 looked at more closely:
·         Fragment as part of a work/œuvre where “the essential has been lost”, from which “unformed, fragmentary visions of the universe are seen” (Proust).
·         Fragment1 signals memories outside the text/language
·         Fragment1 signals languages, thoughts, knowledge beyond that of the author themselves: this may stem from the era of Symbolism (recognizing the impossibility of the intentionality of the artist—the “jeu de hasard” embodied in Mallarmé’s Un coup de dès, and also the idea that a part of something may hint at a whole or a series of wholes)
·         Either an unlived moment or moments in history or an instant of life one has forgotten—this kind of fragment as a method of retrieving moments lost or erased in history. Many women authors today are working with this (Susan Howe, Lyn Hejinian, Lisa Samuels, Joan Retallack, Myung Mi Kim) but it is also a technique that was perhaps brought to popularity by the trauma of WWII and a need to find a new way to voice a reality that was not able to be seen as a singular whole (This is the fragment of the buried bodies, the parts that are retrieved, able to be spoken, but allowing for a sense of something also lost.)
·         Fragment1: devalues political and personal/author(ial) authority and (re)valorizes the implication of the reader in the creation of (a) (potential) text(s)
·         One can add under this category work that is collaged, cut-up, scrambled as if reordered and thus reordering reality and our perception of it. This kind of fragment in combination with other fragments allows for a collapsing of time and thus an opening of multiplicity in a text, popularized since the period of Cubism then Dada, via Burroughs to the massive number of texts which used this technique in the 1980s and 90s to the present.

FRAGMENT N° 2 looked at more closely:
·         Fragment 1 and 2 overlap here first if we call also call the elliptical fragment something which remains when something has been taken away (into which one might put the practice of erasures—[Jen Bervin, Mary Ruefle and many others]—or Lisa Jarnot’s visual collagesin Another Kind of Mission, pictured below right). In this case, the idea is less of retrieving from everywhere but rather a thing in place from which a part has been taken away.
·         Thus ellipsis includes also work which is about division, eruption/explosion, segmentation, fracture of identityà signaling ruptures in the couple, family, individual person (self/ author/authorial voices) or a multiplication of selves.
·         This is also fragment as the stutter, the stammer, the voice struggling to take hold or to locate itself in and through 1 or multiple languages (Dickinson to Stein to Hejinian and Susan Howe and to many contemporary authors like Carol Snow or Laura Mullen, who are working with this kind of fragment. This type of Fragment is sometimes used as a method of retrieval, as recently readdressed in certain multilingual or minority work seeking to address erasures of voice and culture and to embody on the page the struggle to relocate those, such as in Dictee by Theresa Hak Kyung Cha, the books of Myung Mi Kim and recently Craig Perez Santos’ work, Saina)
·         In France, authors like Claude Royet-Journoud could be put into this group (perhaps alongside others known as part of the poésie blanche period of the 1970s—Jean Daive,Anne Marie Albiach, Emmanuel Hocquard, etc) but I think of Journoud as a special case because of how extreme his elimination practice is—writing 500+ pages and whittling it down to small intense collections of fragmented lines. For him, this relates poetic practice and that of crime fiction—going in search of the body, in pursuit of an answer to a mystery since the answer is not there at first and may never be. This also relates or ties the fragment back to type 1, as it relates it to the fragment as “incomplete logic” (see critic Jeon’s writings on MM Kim for more thoughts on this)
·         Erosion / accretion are fundamental to this definition of the fragment—especially as it relates to the process of reading
·         Reader’s role: to (and how to) or not to combine the materials in front of you

FRAGMENT N°3 looked at more closely:
·         Fragment as interruption--making a place for the unsayable, the white page to act as a unit of (unspoken) speech, including in this case a densification of the pause or caesura.
·         In this case, as in Fragment 2, fragment can appear as bits of something broken, but now includes as much the white as fragment as a unit of language, as space of embodiedthought or/and sound—
·         language spaced over a or many pages opening up the white of the page to various ends, fractured narratives and identities, ruptured languages, silences, philosophical reflection space, space to breathe (This has become so popular a way to think that it for example practically defines one online magazine’s way of presenting the kind of work they seek and publish, as the ‘Dear Sir’ site explains: “Dear Sir, follows a minimalist layout, where the frame of the page defers to the writing within (where site is retina then writing = iris and page the sclera).”)
·         This kind of fragment gives a new texture to the text/page—both read aloud and on the page and likely also opened the door to a lot of the hypertext work of today which seeks to layer things as if that original white on the page were now 3-D in space/time of the computer (digital age)
·         Among the new textures this kind of fragment adds to the text one can mention
1)     First, white as where all disappears or has emerged from—the abyss or the original of language.
2)     Secondly, in this case the white is a space for the unsayable, indicating greater hidden narratives—sometimes this is also because of trauma, that which cannot be voiced because it is too difficult to say or because saying weakens its force, language is inadequate to the task of speaking the event and
3)     Third, the texture it may add is simply a space for reader participation—blanks to or not to fill in (some literally like children’s exercises)—Sawako Nakayasu, MM Kim, Cha--other times it is to invite participation by the reader—as digital work often does on an even larger level.
·         This fill-in the blank aspect likely emerged out of the practice of poetry as part of enigma

writing and answering
·         That said, on a deeper level, this kind of fragment as opening of the page originated in large part in Mallarmé’s UCDD. He was looking at the typographical work being done on

posters and then reapplied that to poetic practice opening up
a) typography as indicating sound (louder, quieter)
b) the reading direction of a page so that it could be read in many directions or question even what direction one reads in and
c) the sense of the page as a kind of canvas—language as paint, as mark which made way for a century and a quarter of explorations of language on and off the page.
A kind of tug-of-war between poetry as voiced (sonore) and visual (textual, to be read and seen) has ensued but both likely find their origin in UCC which practiced both in tandem. Cole Swensen, writing on Mallarmé, stated:


[…] such use of the page offers far more than novelty, that it is not haphazard or arbitrary, and that instead it actively does things : It constitutes a refusal of stasis. It sends the reading in many directions, and those directions themselves are not determinate, not stable. They keep rerouting themselves, offering new combinations. So that rather than being a “thing,” the text becomes a machine for producing things. The reading eye is the fuel that drives this machine. This refusal of stasis also results in another kind of refusal of closure because there are in effect several ends posited […] And perhaps most important, it insists on the page as a work of visual art […]
·         In the USA, this is also closely intertwined with the idea of field poetics—the page as a field, and much should be relooked at while giving Charles Olson’s classic Projective Verse essay yet another read, wouldn't you say?

Email ThisBlogThis!Share to TwitterShare to FacebookShare to Pinterest
Labels: Fragments in literature, Musings on Reading, Musings on Writing, Susan Howe

If anyone needs an online link to Projective Verse, here it is on the Poetry Foundation site for you: