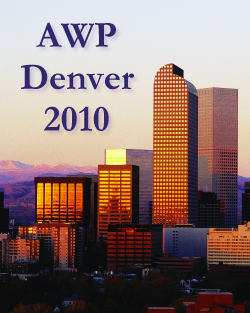 Preparations for the 2010 AWP Conference are already underway here in the States, even though April is a few months away. If you want to get a look at the panel I will be part of, on bilingual writing, involving discussion and sharing of texts in multiple languages (Spanish, French, English, Russian & more), see the facebook event invite (and feel free to rsvp and invite your friends, too) It was put up by panel organizer Katerina Stoykova-Klemer
Event: AWP Panel: Writing in More than one Language
Start Time: Thusday, April 8th at 4:30 to 5:45pm
Where: Denver, Colorado. Room 207 Colorado Convention Center, USA
To see more details and RSVP, follow the link below:
http://www.facebook.com/n/?event.php&eid=370245085150&mid=1984685G5af3206ef81fG271000G7
Or see the AWP Conference program for Thursday afternoon where the event is listed, at: http://www.awpwriter.org/conference/2010schedThurs.php
Panel with 6 authors:
Jennifer K. Dick
Simon Ortiz
Katerina Stoykova-Klemer
Pablo Medina
Luisa Rossina Villani
Ewa Chrusciel
Posted by Jennifer K Dick at 8:26 AM

i will be there

looking forward to it!