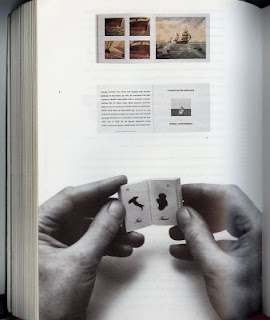 Concrete Material Space. What is that? Object? Form? Real or Reality? The book meets the visual artist and is in ways undone.
Or, from another point of view, it wakes. The book, the writing, the word gets up, takes a walk, goes out into the world and touches it.
After all, is that not what the word wants? To be? Just as all of us do, in our ways, want to be a mark, a word indelible, printed in permanent, immortal ink.
Much has been written about this, and much explored, and as I wind down the 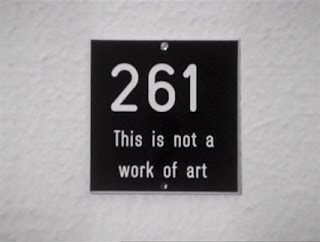 final final final final (I swear they are the final) alterations and changes in the PhD (which I have been obsessively revising for a year now!!!) it is such a pleasure to continue discovering more and more visual artists working in the realm of the written word, since I had elected to work on writers who have been in ways (though within the book) working in the realm of the visual. One such artist who I had known existed but who I have been really looking at hard this week as I relook at the book which brought me here to France, the author who led me into this French language (Mallarmé and his Un coup de Dés jamais n'abolira le Hasard), is Marcel Broodthaers (whose images I have included here). 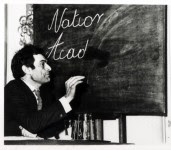 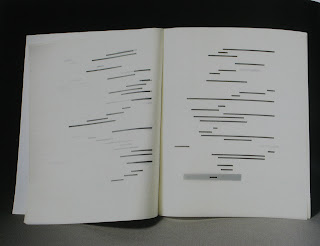 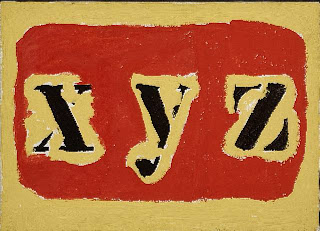 Currently showing through the 25th of May 2009 in the show "THE SPACE OF WORDS" in Luxembourg at Mudam Museum. I am even considering a special trip just for the show!!!!
I also stumbled upon the very exciting blog INTERCHANGEABLE LANDSCAPES, worth peeking at, too, though it seems this person is no longer blogging (so it is a read of what was once being blogged).
Posted by Jennifer K Dick at 3:32 PM

great entry! really beautiful images--esp like the first one, is there a title for that? bon courage with the final final final changes...