Some places on the net where you can hear me read or interview other authors. If you know of other videos, please do send me links.


NEW!
Jennifer K Dick reading her poem Radial, filmed in Dec 2016 by Canadian author Lisa Pasold. This is the final passage in one of the sections of my Collaboratif 2: Documenta / Spaghetti Western texts composed in Tuscania in summer 2016. More work from this series of poems and images that got with them will appear in summer/fall 2017 on the Italian website Descrizione del mondo. https://www.youtube.com/watch?v=qhFqjW0hruw 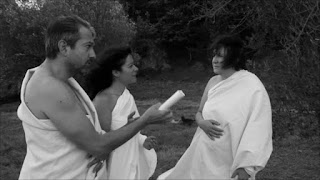 play Veriano, one of the 3 martyrs, alongside Andrea Inglese and Alessandra Cava playing Secondiano and Marcelliano, Laurent Grisel playing the judge Decius and Florence Manlik playing Death. This is part of Collectif 2: Documenta, project, based on living and working collaboratively and communally on writing and art projects with a set of Italian and French poets and artists. This time we were in Tuscania, Italy, for our "Spaghetti Western" with poets Alessandra Cava, Laurent Grisel,  Andrea Inglese, Simona Menicocci, Fabio Teti, Jennifer K. Dick, Gilles Weinzaepflen, novelist Véronique Perrin, and artist Florence Manlik. https://www.youtube.com/watch?v=yzJOkrPSkEM


FILM made in July 2014 by Gilles Weinzaepflan of the group of us (10 poets from Italy, France and the USA plus a French visual artist). Organized by Andrea Inglese and Michaël Batalla in a place called "Le Moulin Rouge" in or just at the edge of a village called Verberie (in the Oise region of France about 30 minutes from Compiègne). With the poets Michaël Batalla, Alessandra Cava, Laurent Grisel, Mariangela Guatteri, Andrea Inglese, Anne Kawala, Jennifer K. Dick, Renata Morresi, Marc Perrin, Gilles Weinzaepflen and artist Florence Manlik. The images and sound here are by Gilles Weinzaepflan: http://vimeo.com/101581345 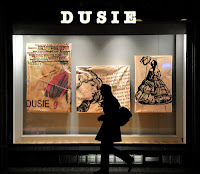 Amanda Deutch and I reading together in NYC for the Dusie Kollectiv event in summer 2011. The humor of this video is that we (especially I) had difficulty seeing and so I look like I am shoving Amanda out of the way. No, that was not my intention--but it was really really hard to see. The sound quality of this video recorded by Deborah Poe is pretty great, and it is wonderful for me to hear Amanda and I together reading from these! Some new selections from this series are about to appear in The Denver Quarterly (spring 2013)
http://www.youtube.com/watch?v=_XGnQ4eCLIY

Extracts of me reading the epithalamion I wrote for my brother's wedding are on this short film from my brother, Kevin Dee's wedding to Shilpa Reddy, summer 2012:
http://vimeo.com/53686171

A news report by Erin Stranyak (for her AUP course) on IVY writers with short extracts of interviews with me and with Michelle Noteboom among others:
http://www.youtube.com/watch?v=9YySCEoa3kw