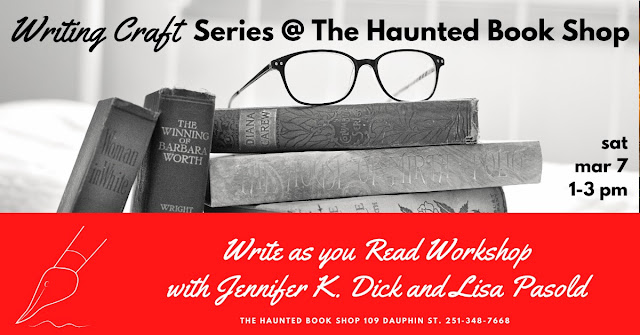 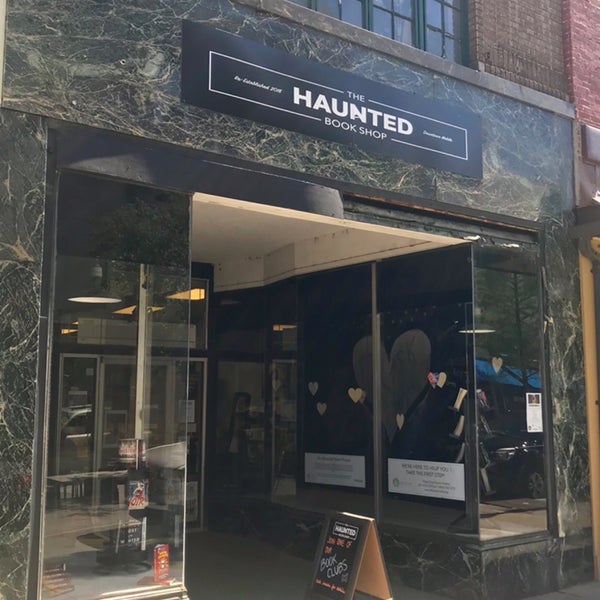 A two-hour "Write as You Read" workshop for adult authors or teens (15 and over). In the "Write as You Read" workshop, we will discuss and then write based on how authors throughout history have written in dialogue with those who came before: create, respond, steal, remake characters, forms, sound. This is writing & reading as a daily practice of building towards your own unique voice. Participants will be invited to visit the bookstore before we begin and to select a few books to use as prompts or share as prompts for others. We will close with a focus on how such daily practice can be a mental anchor, both creatively & spiritually, and how material from the dialogic writing can be shaped into crafted public work departing from its anchor and prompt. Open to all genres of writing, this workshop resonates both with experienced writers, authors who may feel blocked, and with new writers and non-writers, who want to open themselves up to language for the first time to create a personal creative routine.

Lisa Pasold Lisa Pasold is a writer originally from Montreal, the host and co-writer of Discovery World’s TV travel show “Paris Next Stop” & the creator of Improbable Walks, story-telling walks focusing on legends and place memory, & created for festivals and gallery residencies in cities such as New Orleans, Toronto, and Paris. Her 2012 book Any Bright Horse was shortlisted for the Governor General’s Award for poetry. Her fifth book, a poetry collection titled The Riparian, has just come out with Frontenac House, Calgary. Her work has been anthologized and has appeared in New American Writing. Her first book of poetry, Weave, was called “a masterpiece” by Geist Magazine; her second book A Bad Year for Journalists was nominated for an Alberta Book Award and turned into a theatre piece the following year, premiering in Toronto. Her debut novel Rats of Las Vegas appeared in 2009; critics called the book “as enticing as the lit-up Las Vegas strip.”

In the course of research, Lisa has been thrown off a train in Belarus, has eaten the world’s best pigeon pie in Marrakech, and has been cheated in the Venetian gambling halls of Ca’Vendramin Calergi. Lisa’s journalism features have appeared in diverse publications including The Chicago Tribune, The National Post, and Billboard. See blurbs and information on her books at https://www.lisapasold.com/books Follow her for more at: https://www.lisapasold.com/

Jennifer K Dick is the author of Lilith: A Novel in Fragments (Corrupt, 2019), Circuits (Corrupt, 2013) and Fluorescence (U of GA Press, 2004) as well as 6 art/chapbooks. A mixed French-English and Italian language book, That Which I Touch Has No Name is forthcoming from Eyewear Press, London in October 2020. 2 poems from SHELF BREAK, a manuscript in process, just went up online at Jerome Rothenberg’s “Poems and Poetics” series: https://jacket2.org/commentary/jennifer-k-dick Other SHELF BREAK poems will be appearing in Volt, Golden Handcuffs, Tears in the Fence and Shearsman Review this spring. Residing in France, Jennifer K Dick teaches at the Université de Haute Alsace, translates and has curated for 15 years a monthly bilingual reading series (Ivy Writers Paris). She also co-directs with Sandrine Wymann Ecrire l’Art, a residency for French authors at La Kunsthalle Mulhouse Centre d’Art Contemporain. They just published a large art format book with texts from the residency’s first 21 authors: Ecrire l’Art, Dossier des ouvrages exécutés (les presses du reel, France, 2019).