For the second time, I was part of a summer collaboratif writing and art project with a set of French and Italian poets. This one, subtitled "Spaghetti Western" or, by me, Documenta, will be publishing various verbal and visual results over the nex months. One of the first available is the film that GILLES WEINZAEPFLAN made. I was honored to be part of the film--both during the final scene at the table and in the role as Veriano--one of the three converts who is martyred--in the black and white scenes here. The presence of the beautiful countryside of Italy and in particular of Piane di Bronzo where we lived and worked together, and of the ever present cats who refused to remain off camera as Gilles filmed, is an extra plus. Check out the film BEATI TUSCANI on Youtube! 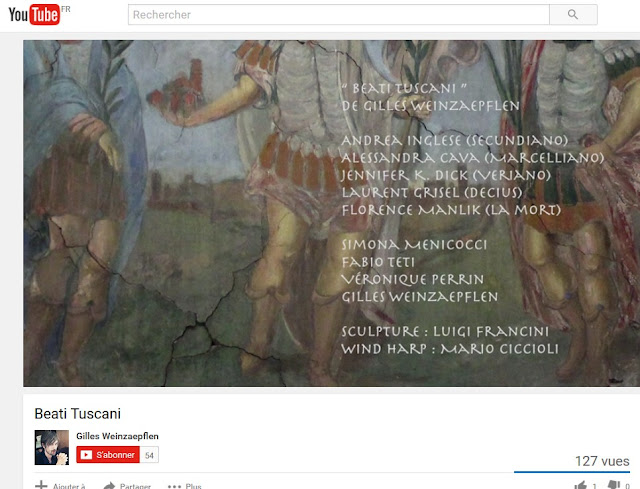