WHAT IS YOUR FRAGMENT XI: Laura Mullen responds

What is YOUR fragment? Poets explain this technique as it appears in their books (see the original questions HERE and an elaboration on my reflections HERE). Responses 1-10 have been supplied by (click names to see their posts): Lisa Pasold, Marthe Reed, George Vance, rob mclennan, j/j hastain, Michael Ruby Jennifer K Dick, Afton Wilky, Pearl Pririe and Tilla Brading This week poet Laura Mullen responds. 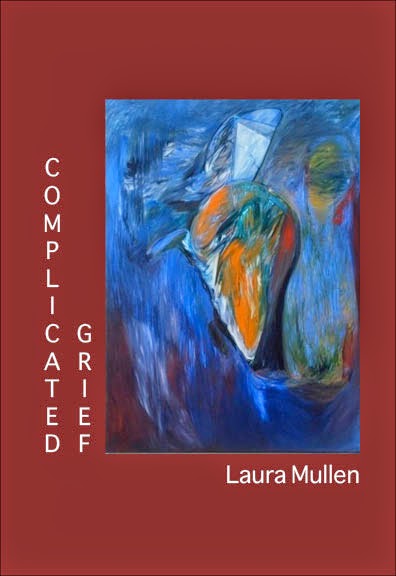 Laura Mullen is the author of eight books: Complicated Grief is forthcoming from Solid Objects in 2014. Recognitions for her poetry include Ironwood’s Stanford Prize, a National Endowment for the Arts Fellowship and a Rona Jaffe Award. She has had several MacDowell Fellowships and is a frequent visitor at the Summer Writing Program at the Jack Kerouac School of Disembodied Poetics at Naropa. Her work has been widely anthologized and is included in Postmodern American Poetry, and American Hybrid (Norton), and I'll Drown My Book: Conceptual Writing by Women (Les Figues). Undersong, the composer Jason Eckardt’s setting of “The Distance (This)” (from Subject) was released on Mode records in 2011. Mullen is the McElveen Professor in English at LSU and a contributing editor for the on-line poetry site The Volta.
http://afteriwasdead.blogspot.com/
http://www.lauramullen.biz/
THE FRAGMENT by LAURA MULLEN:

‘Brevis oratio penetrat celum’, ‘A short prayer pierces heaven’—a phrase from late medieval England. “Schort preier peersith heven”--from The Cloud of Unknowing. Or, Woolf, from The Waves: “I need a little language such as lovers use…”

The fragment as broken blade, as shrapnel, or something softer, virus, pollen? It enters and goes on entering: it works its way in. Because it halts it continues…
Working.

In the place where an absence abrupt calls attention to itself (there’s something missing) there’s a sharpness, an edge we can’t help running a thumb over and then pushing into the skin.

At the site of the _____________ the possibility of something else there, marriage of what is and what could be: cyborg, hybrid thing, it’s the excited site of the active join…something made by writer and reader (and in this way all texts are fragments, fragmentary…).

The “readerly” text is made “writerly,” as starred—by Roland Barthes—in S/Z. A starring or scarring that makes of the text a collection of bits and pieces. Look up “analysis.” Break it down for me.

Anything, as Gertrude Stein noticed, is interesting if you read it one word at a time.

The fragment is history’s gift, time’s present, the astonishing evidence of care and carelessness—from Sappho’s poems down to the phonemes found on the blotting paper in the library in a detective novel which become the clue or key (absolving, betraying) and on to all our willful contemporary erasures…

Isn’t the fragment “Antifragile” (Nassim Nicholas Taleb’s great word)? It gains from disorder, from the chaos of possible interpretations, from the force that eroded the original intention, from the creative power of the questions we bring to the encounter with the incomplete. Time and hard use are its friends and further destruction only opens further possibility… Maybe?

With each loss what’s left becomes more meaningful—up to a certain point?

Insofar as the fragment gives birth to the archivist, detective and scholar at once, it is the productive site of an ardent engagement involving memory and imagination, selflessness and an exquisite delight.

My first experience of the fragment in all its mystery / mastery was (I think) that one sentence chapter in a William Faulkner novel—(“My mother…” I could not believe what I was reading, I knelt as I finished the sentence “is a fish”)—my first experience in Art, that is.
In Life? Ah…
My most recent experience of the fragment is The Gorgeous Nothings, that transformative collection of Emily Dickinson’s aphorisms, scraps, drafts, explorations: short prayers still working their way inward in me, each with its pale wake of spacious quiet, each stillness, each stop, awakening “that awful stranger, consciousness.”

Murmur and Subject, the start of my love affair with what passes out of reach (oh I’m lying: that “love” would have begun when I was four, yes? With my parents’ divorce?): in Murmur the unfinished phrases make a constant enactment of the way even those of us not stopped mid-sentence by violence rarely get to see anything finished… But after beginning to think seriously about Stein, and then after “the Federal Flood” (in which my notes on Stein dissolved) I wanted more than ever to make openings (I think so, I think I think so, I think this is what I remember):                     writing
instead of
des
closer
not even now knowing the
letter by
let

And then there was Zong!
It takes so much courage to stay at the site of the phoneme where the wronged begin to talk back to communicate in what wat

And then, then…life. All this thinking and the giddiness of speech or rather writing and then recalling the face of the young woman who confessed she’d been molested, felt “sick,” about it didn’t know how to speak… Haunts me. The fragmented lives. The places where, torn open, silence intervenes, where shame shuts down the rest of the…the…

“I hate eloquence,” Helene Cixous said, in another language, a translated phrase that stays with me. The smooth power to assert put only to the exploration of safe topics.

Where the promising beginning was
by greed by lust twisted power cruel and
. Or further, at the grave of the
or suicide.

Life itself as something we struggle to understand from the shards left to us, left in us…

Where we don’t even get to dream in the sentence, or where that notion of where we might have been able to go is only a ghost, lost phantom clause that could have, you have to believe me, would have, if only

Fragment: where was it you first learned to think of it like that?

Fragment: in celebration and mourning

Here is the hole, the holy broken edge of heaven, all we’ve been left, all we will leave.
Posted by Jennifer K Dick at 12:41 PM

Email ThisBlogThis!Share to TwitterShare to FacebookShare to Pinterest
Labels: Fragments in literature, Laura Mullen, Musings on Reading, Musings on Writing