The Institut d'anglais at UHA, Mulhouse and The Book Corner invite you to hear NYC authors Jane Augustine and Michael Heller the 17th and 18th of January 2013! 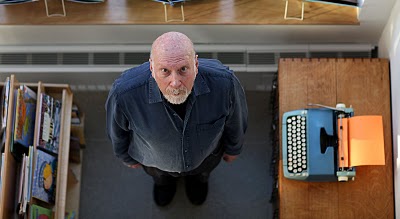 There are TWO opportunities to MEET and HEAR
2 fabulous NEW YORK AUTHORS in MULHOUSE, FRANCE this week!:

will read from their new poetry collections and sign books
the 17th of January at 18h30 at
THE BOOK CORNER,
22 rue Sainte Claire
68100  Mulhouse
Tram: Porte Haute
For m0re on the bookstore, see:
http://www.the-book-corner.fr/

Come hear tales and poems of New York City and talk with these authors
about New York life or Objectivism, Modernism and Buddhism in American Literature.

Everyone is welcome—bring a sandwich and have lunch while visiting with these authors! 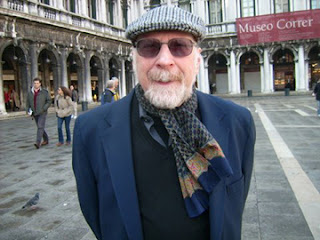 MICHAEL HELLER has published over twenty volumes of fiction, poetry, essays, & memoir.  His most recent books include Living Root: A Memoir, novellas & fiction: Marble Snows & The Study, poetry: This Constellation Is A Name: Collected Poems 1965-2010 (2012) & Conviction’s Net of Branches—an award-winning study of the Objectivist poets. Among his many collaborations with the composer Ellen Fishman Johnson are the libretto for the opera, Constellations of Waking, based on the life of the German-Jewish philosopher Walter Benjamin, & the multi-media work, This Art Burning, both of which premiered at the Philadelphia Fringe Festival.  For many years, he was on the faculty of New York University & has taught at The Naropa Institute, The New School, San Francisco State, Notre Dame & other universities.  He currently lives in New York City. Of Heller, The New York Times Book Review said: "...a questing intelligence, forever on the trail of the epistemological, the 'flimsy beatitudes of order". For more information see: www.michaelhellerpoetry.com 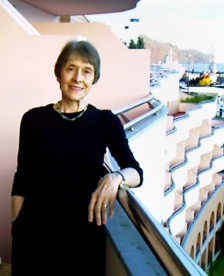 JANE AUGUSTINE is a poet, critic, fiction writer, visual/sound poetry artist, & scholar of women in modernism (ie: on H.D., Lorine Niedecker, & Mina Loy). Augustine has published seven books of poetry, most recently A Woman's Guide to Mountain Climbing. She is editor of The Mystery by H.D. (2009) & The Gift by H.D.: The Complete Text (1998) & has held the H.D. Fellowship in American Literature at Beinecke Library, Yale University. Her recent scholarly publications include essays in The Emergence of Buddhist American Literature (2009, eds. J. Whalen-Bridge & G.Storhoff), L’impersonnel en littérature (2009) & Buddhisms & Deconstructions: New Perspectives on Continental Philosophy (2006). Her short story, “Secretive,” first published in the feminist quarterly Aphra in 1973, has been twice anthologized & remains in use in women’s studies courses. Her word-art “concrete poetry”compositions appeared in Assembling series & Essaying Essays (2012, ed Richard Kostelanetz). She is professor emerita of English & Humanities, Pratt Institute, Brooklyn, & has taught at New York University, The New School & in the Summer Writing Program at Naropa. She lives in Manhattan in the winter & in the Sangre de Cristo mountains of Colorado in the summer.
Posted by Jennifer K Dick at 5:41 PM