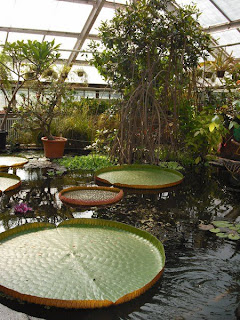 This is going back a few, to the post-PhD vacation with my parents. Went up to Leiden (for the French, Leyde) in the Netherlands to see my dad's project at the IAMSE conference (that is, if I have it right, the International Association of Mediacal Science Educators).
Full of Drs and vets, one could neither fear for one's health nor that of one's pets, were one vacationing in the company of "man's best friend". I was struck by the odd number of Iowans at the international conference--just further confirms my impression that we Midwesterners like to get out into the world!
While Dad conferenced and hobnobbed and discovered what oither people were doing with computers and teaching, Mom and I visited a few museums, shopped, perused the streets and churches of Leiden and drank Belgian beers (Kriek!) on the sunny terrasse tables by the water. But we all got to visit the spectacular Hortus Botanicus together and admire the stunning giant lily (picutered here, top right, and a large dead leaf is also pictured below) with 2 meter leaves. We took canal cruises in both Leiden and in Alkmaar, also visited a cheese musem in Alkmaar (thus the before and after pics below here of the same place in Alkmaar, one from the late 1800s which hangs on the museum wall, and the other which I took out the window of the museum) : 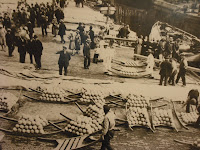 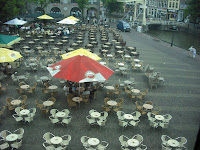 We went out to the North sea to have dinner along the beach on a windy evening. Another evening, we went out to a Gala dinner with the conference and my parents had a little dance with the big brass band that played for us all. It was quite fun, and great to see my "old folks" being so young! 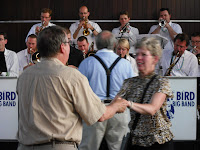 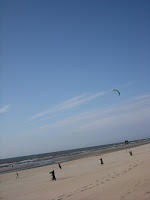 After our time with the IAMSE folks, we headed into Amsterdam and spent a few days as "hard core" tourists, seeing the Van Gogh Museum and the Anne Frank House, walking the red light district, catching the last bit of the fabulous Wimbledon Men's Finals while in a art deco café listening to a brief storm pass showering everyone outside. We ate at a lovely Italian place on the corner of the street near our hotel--the Seven Bridges B & B, where each room has its own charming decr and breakfast is served in the room so you can lounge and drink your coffee when not entirely awake yet (I highly recommend this fabulous place!) 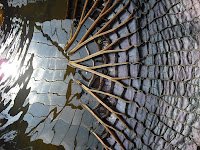 One night I also got to BBQ with Meg Garr of Versal and her friends, talk tourism, poetr, art, the cold spell that descended upon us as we sat in the cooling grassy Vongel Park, and then I finished my trip with a nice nightcap near the hotel with Cralan Kelder and Brentley Fraser, talking more poems over beers in the dark and peaceful streets along the P...gracht (I foget which!) canal. 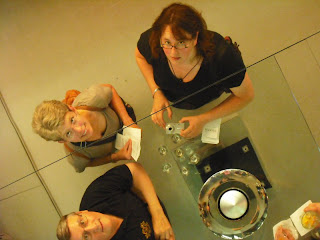 Of course, it must be said that my parents and I especially appreciated our "silly" tourism, popping into the Bols "museum" for some drinking and cocktail trivia and most importantly not only getting to have our own fabulous, perfectly-mixed cocktails, but topping that off (all pre-dinner as our smiling at the mirrored-ceiling here shows) shots of various Bols liquors.
After which, we headed back to France, passing through Paris then hitting Bougogne (Burgundy for you anglophpones!) 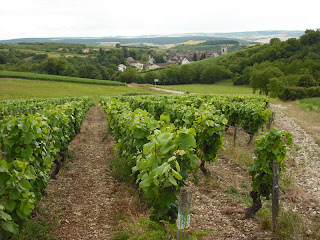 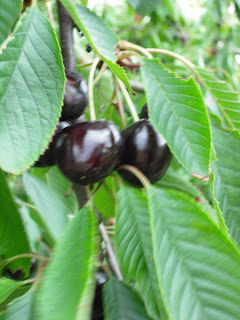 where we spent time in Auxerre, out in the L'Yonne area even seeing the Guedelon chateau fort under construction using techniques taken exclusively from the 13th Century! 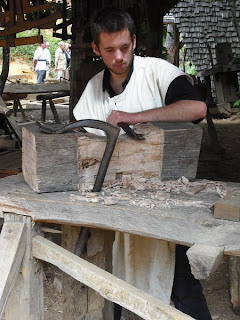 We ate well, drove round and admired the end-of-season cherries and tasted some wines and liquors before returning to Paris then I sent my parents off home. 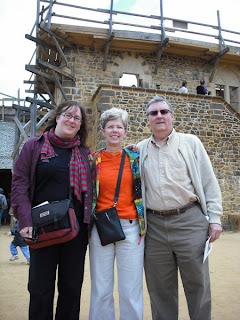