"Invisible Collisions": SAES Bordeaux Talk on Susan Howe the 9th of May 2009: 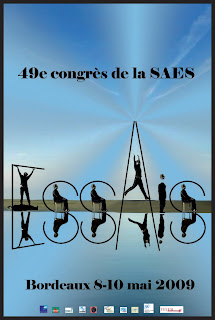 For any of you in Bordeaux, France, this weekend, there is the annual SAES conference "Congrès SAES Bordeaux 2009: Essai(s) à l'université de Bordeaux III Michel de Montaigne" with a program (go to "ateliers" to get the pdf) of over 43 pages of talks all around the subject of "The Essay", including my talk "Invisible Collisions" on Susan Howe's writings on Poetic Documentary Film.
Title and abstract of my talk, part of the "Poets on Poetry" ateliers, to be given at 9am on Saturday is below, followed by the announcement for the 2 poets on poetry ateliers in English. Hope to see you there!
Title: Invisible Collisions: Considering Susan Howe's Reform of the Poetic, Critical and Autobiographical Essay by Jennifer K Dick
Abstract: When asked to write an essay on experimental filmmaker Chris Marker, poet Susan Howe discovered the poetic documentary and went on to write “Sorting Facts: or, Nineteen Ways of Looking at Marker” her autobiographical critical essay on Marker, herself, the death of her recent husband photographer David Von Schlegel, but also on poetry in general and on her own poetics and philosophy of poetry. Howe’s essay retains a certain interdisciplinary focus, constantly shifting gears between critical and poetic, personal and academic discourse. Formally, it incorporates both prose linings, line breaks and collage use. Hers is the poetry essay which, like poetry itself, encompasses the world, enfolding the multiplicities of the universe which make poetry the challenge it is to speak about. As such, this talk will explore the kinds of movement which take place in “Sorting Facts”. It will discuss what this essay and its form have to reveal to us about modern and postmodern discourse, poetic practice, and that of the written word in a world increasingly dominated by the moving image. This talk will end by demonstrating how this essay is part of a trend among contemporary American experimental poets to write autobiography unconventionally in poetic essays which address the personal, professional (meaning the practice of writing) and the critical. 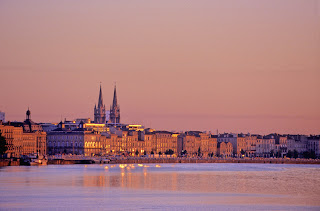 Cécile Marshall (Université de Nantes, France)
"Poetry is all I write with a few exceptions” Tony Harrison's introductions and critical essays on his poetry.