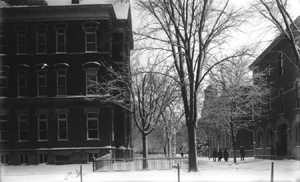 Back in Paris, a Friday night, the world vibrant and alive after a cold, snowy, icy Christmas in Iowa. Though far brighter than days here, that Iowa cold makes Paris feel soft, walkable. I returned the 31st to go out party-hopping with Angès, Pascale, Carole, Najira and others, dancing, singing and enjoying the freeflow of champagne after wonderful homemade fois gras by the fireplace at Agnès' as we rung in the new year 2009 (May it bring you all joy and inspiration!).

Now, after a few days inside, I head back out into the world, off to meet friends (Cole & Anthony) for drinks before they do the reverse trek back to Iowa and DC, then

more friends (Marielle and two people she has not seen for a few years, Ralph and Sabine, a German and Frenchwoman living in London) for more drinks (the season of vin chaud) before heading to a Southern Chinese restaurant for affordable spicy dishes of all sorts with Marielle. But the highlight of the evening is seeing the film about Agnès Varda, Les Plages Varda--a docu-autobiography of this filmaker and photographer that many have come to love.
During Les Plages Varda, a film I only felt sure I would find enjoyable on some flat aesthetic level, I laugh at her wonderfully purple hair, am touched by her accounts of losing friends and husband, am energized by the references she makes throughout to artists, filmakers, actors I admire (from Catherine Deneuve, Jane Birkin, Truffot to Harrison Ford, Jim Morrison, Robert Rauschenberg and Andy Warhol), but most of all I am swept away by the various random images threaded through the film: 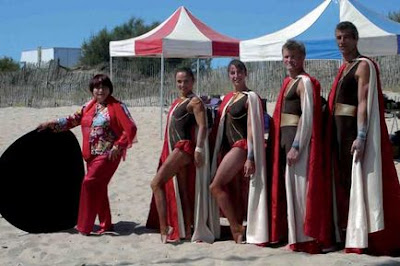 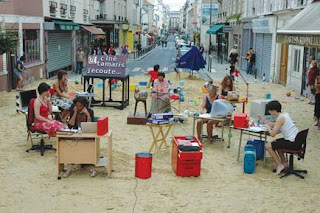 A series of trapeze artists swing above the sea. For a moment Varda rests her chin on the shoulder of a wooden chinese acupuncture statue (or that is what I think it is), A series of desks and computers and people answering phones propped atop a pile of sand on a manmade beach in the middle of a street (in Paris?). The snaps blogged here are from Getty Images, thanks, and are not the precise moments which struck me, but are near them. 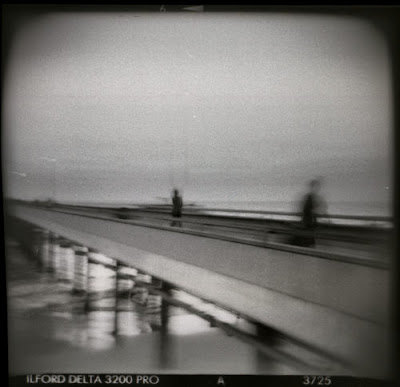 I am reminded also of my own memories as she recounts her own, going to the Palais Chaillot for the William Forsythe piece a few years back, or the days I spent alone on Venice Beach in California at the end of a cool November in 2004 trying to shorten the talk I was going to give at UCIrving's Diasporic Avant-Gardes Converence. The light of the beach and the pier in her film was the light I lay on the sand in, listening to the sea, thinking of the poems I was talking about (those by Myung Mi Kim and Claude Royet-Journout). Dusk coming on as I grew chilly, not unlike this Chris Markeresque black & white of the Venice Pier (by Nitsa, c 2000-2007)
Throughout the film on Varda, I felt like 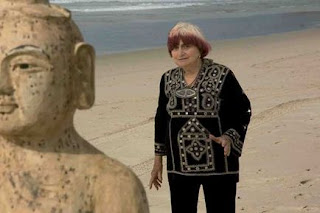 making my own films of still images mixed up with sped-up moving images, all overlaid with either a voice over or music, or both. Making one of my new 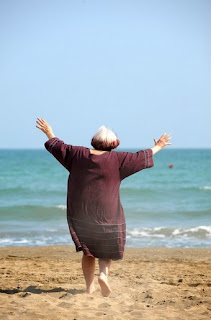 neigh-borhood, the 10th, in Paris, these as-of-yet not overtouristed backroads, sari-selling shops and their Indian restaurant neighbors such as my favorite, Dishny, on rue Cail, of the lovely bookstore with its red red awningcalled Litote across from one of many overpriced Franprix shops, the eternal roadwork on the tiny block of rue Louis Blanc between Fbg St Martin and Lafayette, the tiniest block, always under work, where the construction blocks a long fruit and vegetable seller's wares from the eyes of any potential clients. And then, reality returns. I am not a filmmaker, nor even a mediocre photographer--but this film, counting the life of one person across that of many others, makes me think, ah, if only I had the most minute inkling of the techniques! 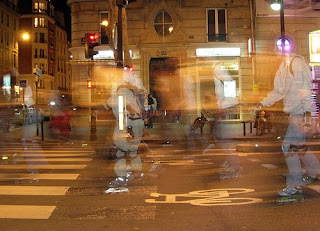 As Marielle and I step out of the theater, braced for the cool midnight air billowing under and around our scarves, we are blasted by the bright lights of the police halting the traffic at Place de la Bastille so that a huddle of roller skaters and roller bladers might WHOOOSH past. A Friday night regular event, which we realize is not even to be missed in this cold. Seems perfect, delightful, fantastic after this film, right in line with all the craziness we witness or partake of in life.
And then I return home to the many books awaiting me on my desk, recalling the instant in Varda's film where she goes to a brocante and buys old pictures with a friend who buys old books, much as I would. My house, having grown this past year, already teems with volumes, and the excitement of the new ones I just got over the holidays, such as My Vocabulary Did This To Me: The Collected Poetry of Jack Spicer, edited by Peter Gizzi and Kevin Killian, orLaird Hunt's novel, The Exquisite, by Coffee House Press. There was also the delightful surprise of today when I received two chapbooks by poet and friend Matthew Reek in the mail: Sieve, from Other Rooms Press, and Love Songs and Laments, from Goss 183: Casa Menendez available also through Mipoesias.com. So, off to bed it is, with a rich array of images as of the dream of anothers life, and the words of many to accompany them.
To end, a second image of Iowa in the snow, both by Samuel Calvin collected in the Calvin Collection at the University of Iowa. This one, from Feb 1896. Iowa City still looks the same in snow. 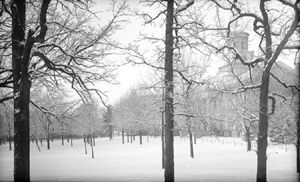