WHAT IS YOUR FRAGMENT III: George Vance Responds

What is YOUR fragment? Poets explain this technique as it appears in their books (see original conversation post HERE for the questions and a response by Lisa Pasold and the second response by Marthe Reed HERE). Today, GEORGE VANCE responds: 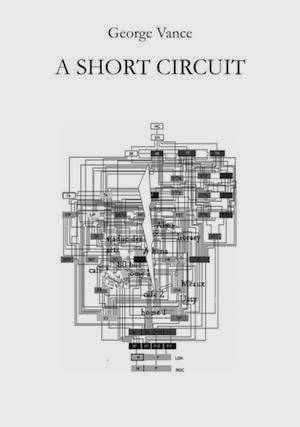 GEORGE VANCE: Ohio-born, long-time resident of Paris and now Reims, France, George Vance is the author of A Short Circuit (Corrupt Press, 2011) as well as the chapbook  Bent Time (2006). Other poems have appeared in Upstairs at Duroc, Pharos, and in the online magazines Ekleksopgraphia, Nth position and Retort. Vance has been involved in experiments with word/image fusion, tags, and street art. His hybrid language and image video installation, "HEIGHTS", was exhibited in Brussels in 2006, & he designed a 'totem' sculpture with a Kanak artist. He has read at numerous Paris venues including The American Library, Wice, Paris Writer's workshop, Live Poets, The Red Wheelbarrow, Poets-Live, Ivy Writers Paris and as part of the multi-voiced performance group "Quadriphonics" (with Jennifer K Dick, Michelle Noteboom & Barbara Beck). One of his recent plays was performed as part of Moving Parts, Paris, playreadings. Vance has lived in Liberia, Austria, Germany, the USA, France and the French overseas 'Country' of New Caledonia/Kanaky. His poems can also be found on the collaborative poetry blog Rewords, of which he is a member.


I’d go along to a point with the idea of erasures, whether conscious, unconscious, intentional and what I’ll call a second-nature impulse, it having been fairly well imprinted in my poetic-striving self (during fragment-type essays – I don’t use them exclusively) to leave out the extraneous  or explanatory bits, including articles, adjectives, prepositions, but also the surroundings impressions or images or transitional passages that otherwise make a piece more accessible. These latter may, as you say, be represented by the between-word spaces, line-breaks, page spaces, nearly empty or even empty whole pages. (pp72, 73 of my book--A Short Circuit)

This fragmenting now comes ‘naturally’ or on rereading or retyping on the computer from notes. But then another question arises: space       or runtogether? So is it fragmenting or free-association, or can they be the same? Probably erasure, conscious, unconscious or as impulse, plays a big part; as it does with perception in general, gazing at something for a long time vs capting a series of inputs, as while riding a bus or walking. And reflection = the difference between a brief flash of something and inner discourse – an image or idea arising from the unconscious or conscious (if one is Trying to think, or reading or listening to something), resulting in mono -vs -poly-syllabic utterances that get put down on the page after. Here I mean that the (probably) unconscious figment starts as a flash in the head, is part of a longer ‘explanatory’ idea that one wants to either explore or skip, depending on how strong the figment is (whether image or idea) and therefore whether it lends itself more to fragmentation or discourse.

As to your question on Beckett and my play off Beckett, I do use stammering (see page 33 of A Short Circuit) , as do you in various of your works., I’d hesitate to call his repetitions, truncated & reconstructed fragments stammering, or mine, in the B-inspired playlet. Unless you mean to expand the idea to the starting & stopping of images or ideas, as if (since in B the unsayable is that, unsayable) the starts & stops & start-overs are among the thousands of ways one tries to express the inexpressible (see B dialogues with Georges Duthuit), which surely can appear as stammering.

Taken to its conclusion, this notion would mean that every poem is a new try, or stammer. Which is usually rounded off (closure), since humans tend to like that for aesthetic/logical satisfaction, but which many of us avoid as being too easy or too ”wrapped up”, by which today I suppose we mean not exactly representative of present-day life, which may be the  source of increased use of fragmenting and expressive stammering.


This could go on for ever and probably will. But I’ll round it off now.


Good luck with your project!
Posted by Jennifer K Dick at 6:01 AM

Email ThisBlogThis!Share to TwitterShare to FacebookShare to Pinterest
Labels: Fragments in literature, George Vance, Musings on Reading, Musings on Writing