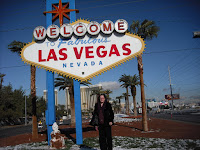 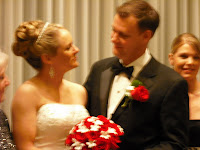 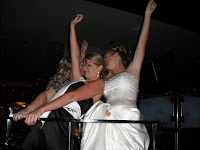 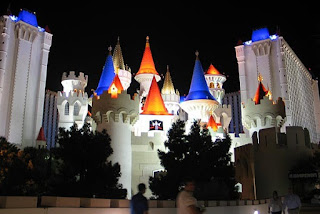 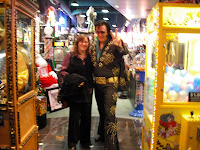 nada, but many hugs and calls of "safe travels" as might be heard at any other holiday moment when one's relatives take off for home, be that California, Henderson, NV, France or elsewhere. We have empty pockets (or at least pockets which are 20 bucks lighter) yet big grins on our faces. Las Vegas with its fantasyland fun for adults lived up once again to its expectations--and with an Elvis sighting to boot (with me at left!).
Posted by Jennifer K Dick at 1:31 AM